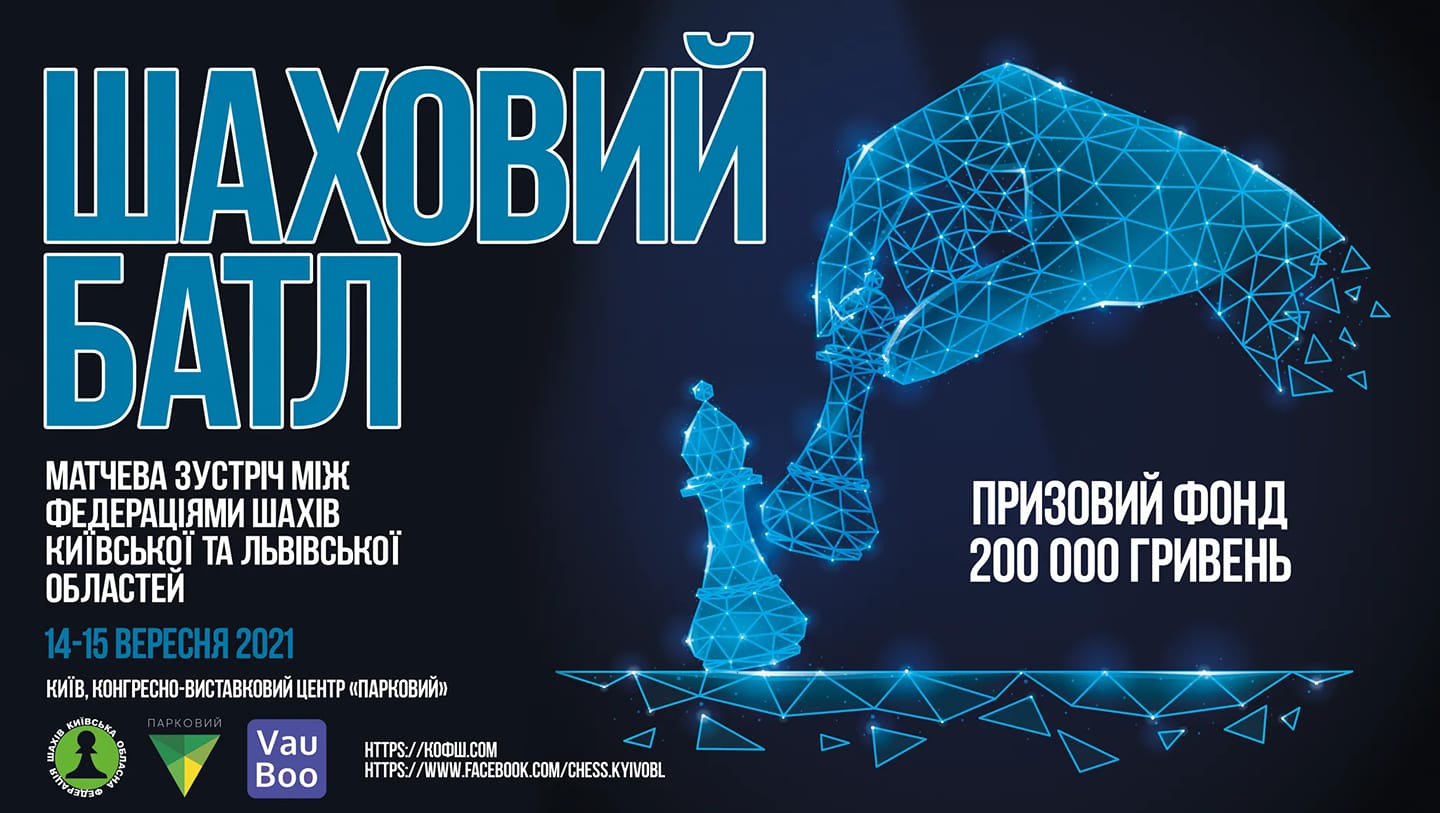 A tournament between the Kiev regional and Lviv regional federations` teams called Chess BATTLE will take place on 14 and 15 of September in Parkovy. The best chess players of both regions will compete for a prize fund of UAH 200 000.

The winner in the chess battle will be determined by the highest number of points scored by all players of the teams.

"Chess players claim that the chess crown of Ukraine now belongs to the Lviv region. But this year the Kiev Regional Chess Federation will find out whose players are better in an open battle. We invited the Lviv Regional Chess Federation to compete, and they accepted the challenge. This is great news for all fans of the most intellectual sport in the world ", - said the president of the regional chess federation Alexei Kavilin.