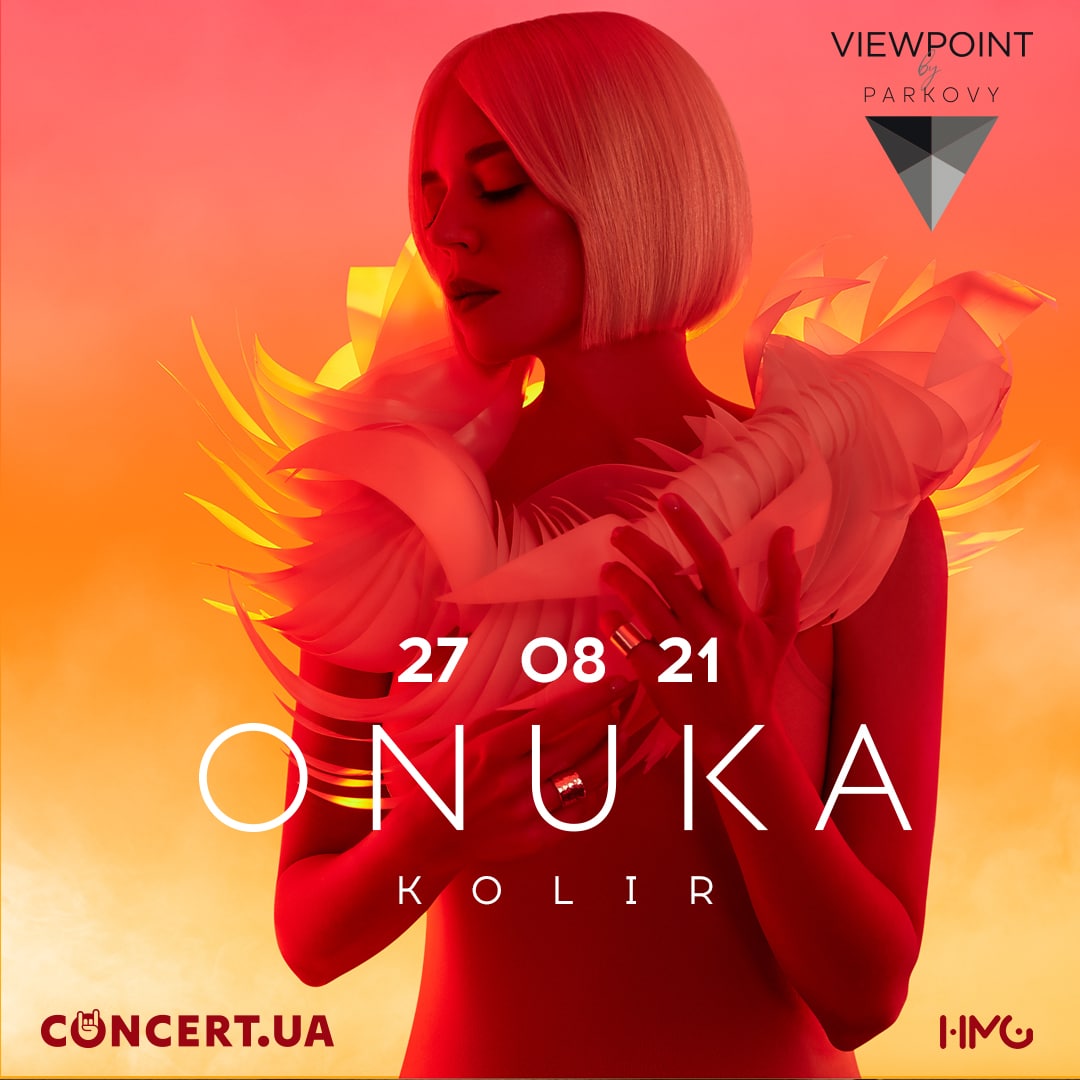 Great recital of ONUKA in Kyiv

Why should you visit ONUKA Concert in Kyiv?

1. The first solo concert of the project this year.

On 27 August, View point by Parkovy, the first recital of musical project ONUKA this year!

The stars of authentic electro-folklore prepared  ambitious presentation of the new plate KOLIR.

The exciting event will give you increased charge of energy.

The album KOLIR became the revelation in group`s discography.

«It sounds so, as I “sound” and feel now” – Nata Zhyzhchenko says about the new release.

Indeed, the plate consists of 10 tracks, where each has its special energy and musical nuances.

They are the bold track XASHI, the lyrical single SEANS and the song SON, written 20 years ago by Nata`s brother.

The plate is also embellished by the vibrant collaboration of ONUKA and Daha Braha: the track UYAVY. And Nata`s favorite song of this album is TY, inspired by the birth of her son.

Same named track, as well as the famous Time, Misto will also sound on the summer concert

Where to buy the tickets to ONUKA concert in Kyiv?