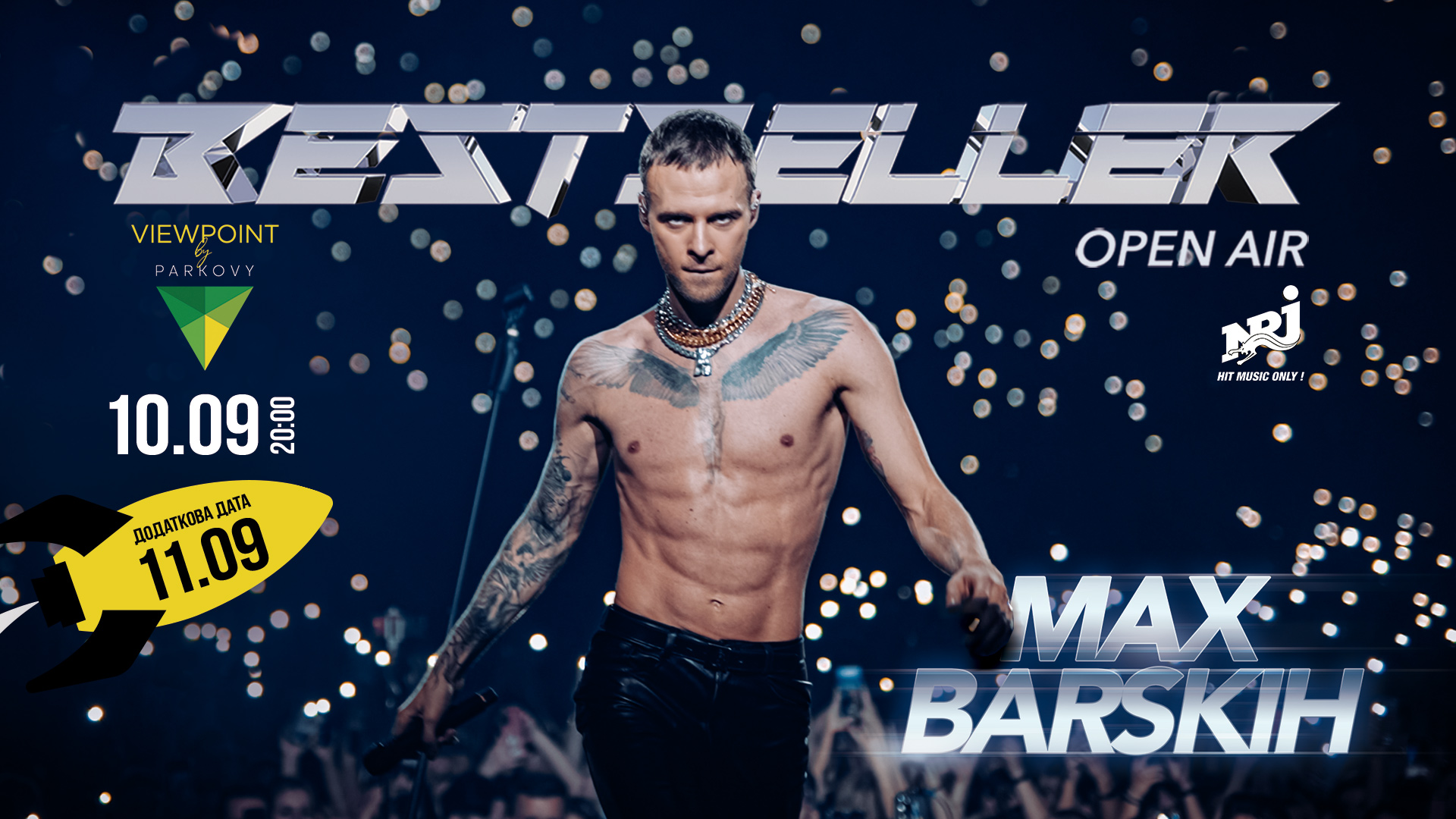 Max Barskykh is the brightest phenomenon on the modern pop-scene.

Creating new musical tendencies and styles, he has sold-out shows in Ukraine and abroad and, what is more important, presents the songs, which become real soundtracks to millions of fans` lives all over the world.

On 10 and 11 September the artist comes back to the scene of CEC Parkovy to give the solo concert on the main View Point of Kyiv and traditionally closes the summer season in capital city.

The name "BESTSELLER" speaks for itself: main super hits together with live presentations of absolutely new songs.

Max Barskykh owns prestigious international musical awards, such as: MTV EMA, M1 Music Awards, «GQ Man of the Year» and many others.

He was appointed musical ambassador of Ukraine in 2018 by American Forbes.

In 2020 Barskykh got an unique award TOPHIT MUSIC AWARDS. According to media statistics, lead single of the «1990» Album - «Ley, ne zhaley» - kept the 1st place of TopHit Global Radio Chart for 16 weeks. This is an absolute high-score among the musicians and singers worldwide. This song became the most rotated during 2008 - 2020.