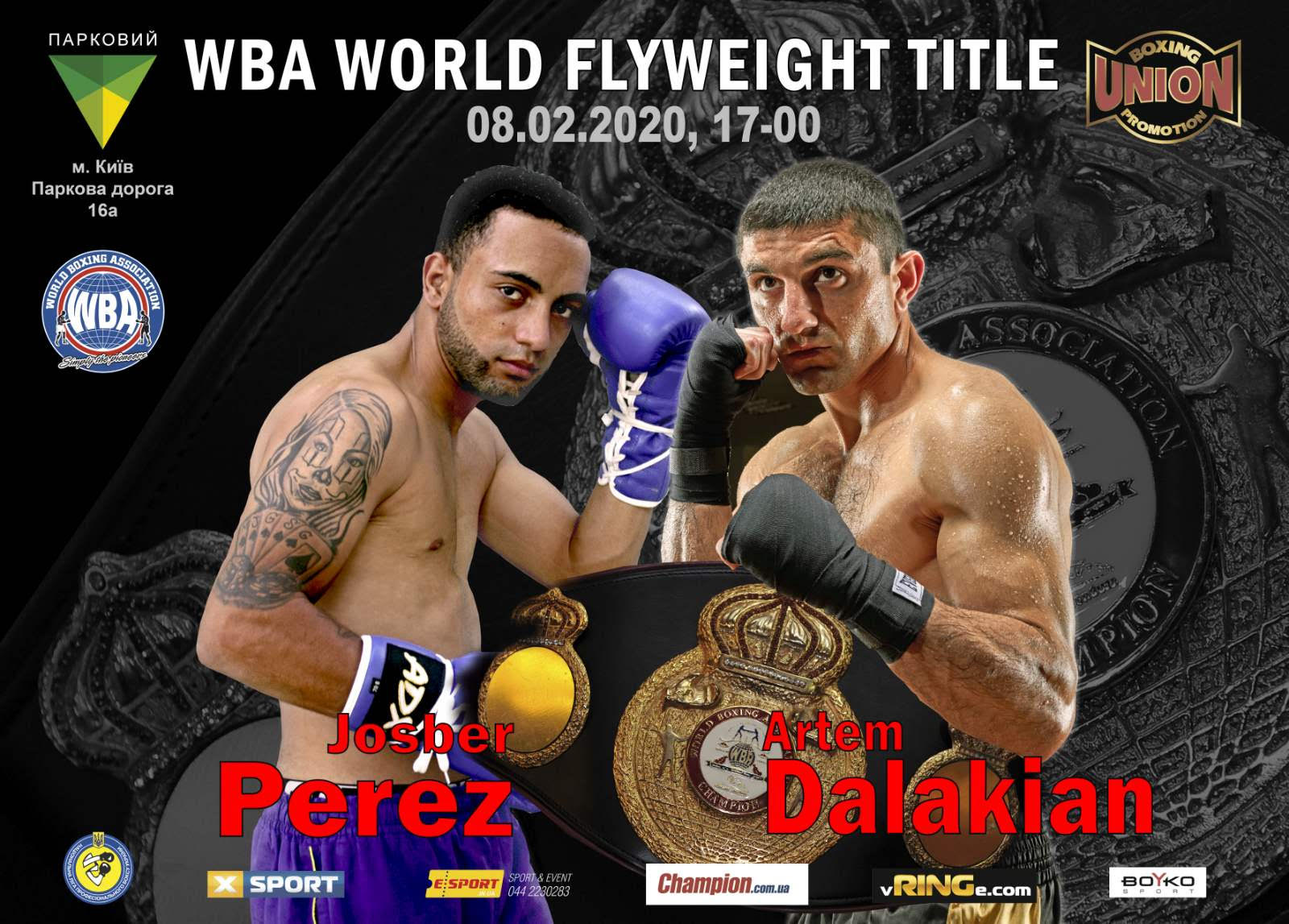 On February 8, 2020 Artem Dalakyan will defend his league title in Kiev. He is the unchanging WBA world bantamweight champion (up to 50.8 kg) for 4 years in a row. The match will traditionally be held in the Parkovy Exhibition and Convention Center.

Ukrainian rival will be 24-year-old Hosber Perez from Venezuela. Perez made his debut in the professional ring in April 2016 and during that time he spent 18 fights in which he won 16 victories, 12 of them by knockout (percentage of knockouts 77.78).

This will be the debut match of Peres in Europe, and he has already announced that he intends to return to Venezuela with the championship belt of Artem. Artem Dalakyan won the world title in the American Inglewood on February 24, 2018, when he defeated the American Brian Viloria.

According to Artem, he has already begun trainings for the battle and on February 8 he expects to demonstrate all his best qualities in the ring.

We remind that now only two Ukrainian athletes are reigning world champions in professional boxing, they are Artem Dalakyan and Vasily Lomachenko.

You can buy tickets here.