Get ready to Ignite! MONATIK additional show in Kiev! 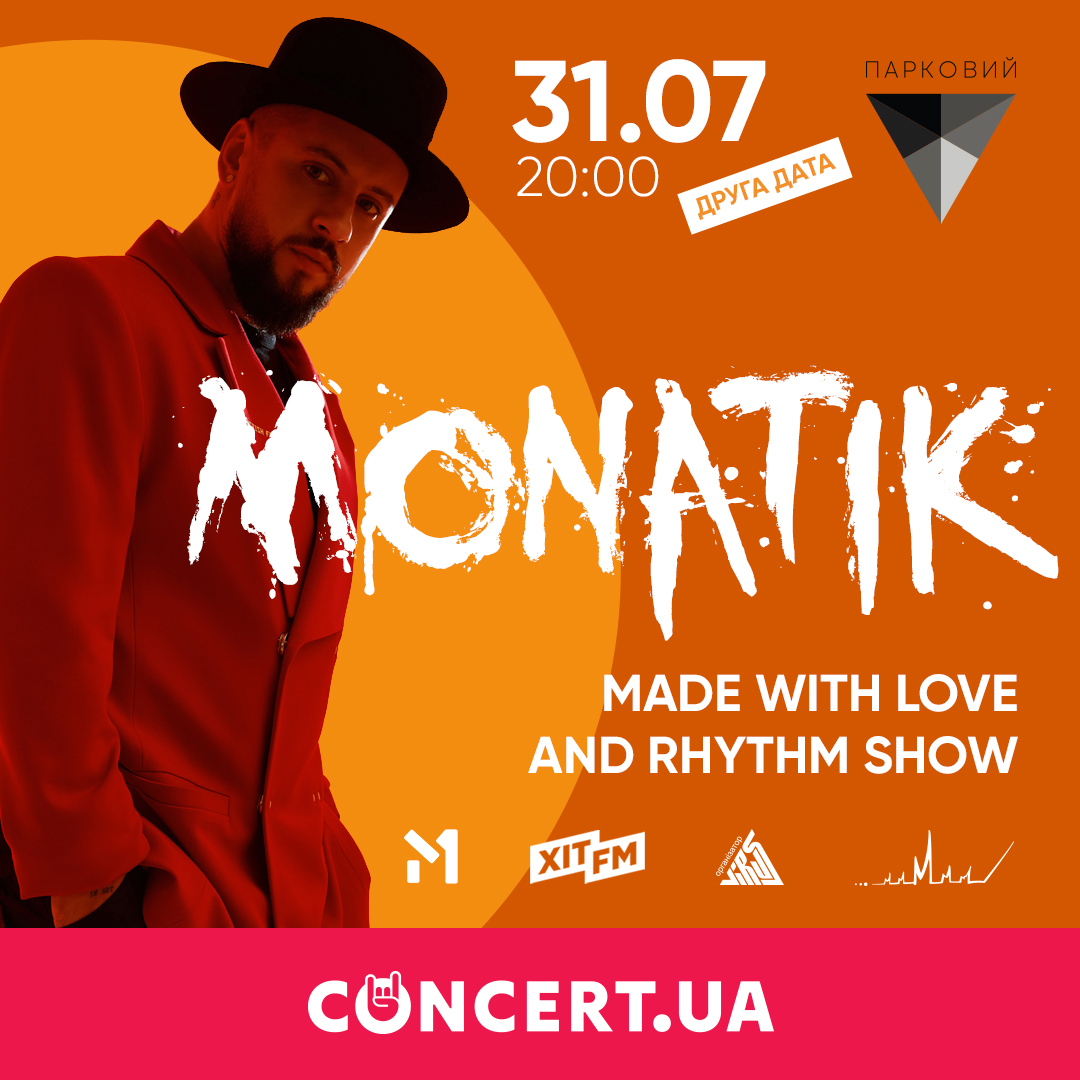 Get ready to Ignite! MONATIK additional show in Kiev!

Because of the great hype surrounding MONATIK`s show and the news about the tickets to fan-zone, sold during the first week after announcement, the artist and the organizers VIRUS Music made a decision to give one more concert the next day.

There are some premium-segment tickets left for July, 30th. That is the reason to hurry up and visit the second show, which is organized in a dance-format, with fan-zones only.

«The second show, on July, 31th  will be purely dancing! Kyiv is in the “green” zone, quarantine`s limitations are eased, and finally we can organize the comfortable and safe space for large number of guests in favorite fan-zones. You`ll get an open-air venue, amazing view to Kyiv and the long-awaited format of the event, ”– the representatives of   VIRUS Music comment.

Incomparable and unique musical-dancing show “MadeWithLoveAndRhythm”, from the author of your favorite hits, creator and pioneer of modern pop-music MONATIK, will be presented in 2 formats.

Such a desirable atmosphere of live concert, performance, vitamin D and long-awaited happiness is guaranteed.

This evening will sparkle with super-hits and the big premieres.

The location will be divided into 3 fan-zones. It will be really hot there – singing in unison and a lot of dances. If you are looking for more comfort, you can still find premium-segment tickets for the 30thJuly.

The popularity of the main modern hit-maker MONATIK is not something he lacks. He is the most nominated and award-winning artist of different musical prizes. His hits are absolute leaders of streaming platforms and various musical resources and radio charts.

MONATIK is the first Ukrainian pop-artist, who conquered NSC «Olympiyskyi», he is a creator of musical corporation, innovator who sets the course of modern pop-music.

The concert of  MONATIK “MadeWithLoveAndRhythm” is the event, which all your family will memorize, the show where all the quarantine rules and norms will be abided for each guest`s safety and pleasure for getting the right vibe.

The live-performance of MONATIK, dancing show, the highest level of unique modern studio sound guarantees that this concert will leave the brightest impressions in your memories.

The organizer of the show is VIRUS Music, well-known by big solo concerts of MONATIK «Zvuchit» in  StereoPlaza, «VitaminD» in Palace of Sports and «Love It Rhythm» in NSC “Olympiyskyi”

If you never visited live shows of MONATIK, you should remedy this situation right now!

And if you are a fan – you know what to do and where to go!

See you at open-air View Point by Parkovy on July,  30thand 31th